Oh, shoot, Patricia! I don’t think I ever told you that whilst in the pursuit of a grand and wonderful dream, should you all of a sudden round a bend and see before you an enormous uncharted mountain with towering cliffs, jagged rocks, and seemingly impenetrable walls, just consider it a sign that your dream is considerably more worthwhile than you had previously imagined, and that you are exactly where you should be! Kudos The Universe / Determination + Persistence = Success

That’s the EXACT attitude you need to have to succeed☝☝☝

Not, maybe I will.

Remember that, I can and I will are the two most powerful sentences in the English language. https://www.ninefrogs.com/what-would-you-do-if-you-were-not-afraid-1-3-2020/

Working on a dream?

There is NO substitute for Determination and Persistence.✔✔✔

And, if you are aiming to achieve a goal, KNOW that you WILL encounter obstacles.🚩🚩🚩

What kind of obstacles are we talking about?

Just to name a few!

And more roadblocks than you EVER would have imagined.

THAT is where persistence comes in.👊👊👊

Just keep moving in the director of your dreams.🙋‍♀️🙋‍♀️🙋‍♀️

Over the past seven+ years, I cannot begin to tell you of all the struggles I have been through.

One day I’m going to write a book about it.

Seriously, I have been to hell and back more times than I can count over the years, but there hasn’t been a day I haven’t shown up!

I mighta had tears coming down my face.😢😢😢

Or maybe I was fighting with someone on the other end of the phone.

Several years ago I took a class with a man named Coach Joe. He was an extremely smart and bright man. Filled with a whole lot of information that he loved sharing with the class (it was a two day class).

Anyway, I recall him telling the story of how he went through a very bad time in his life. A time where most people wouldn’t be thinking of anything else except the problem at hand.

But he explained to the class, that no matter what, he chose to show up everyday in his business (he was a free-lance motivational speaker). And that, although he was handling this rather large problem, he was not going to side-line his business.

That’s the kind of thinking you NEED to have.👈👈👈

Because, when you do…

Eventually, you will see doors open. chances encounters happen, and tiny miracles, where you thought there’d be none!

That’s really what it comes down to.🙋‍♀️🙋‍♀️🙋‍♀️

And you need to be determined and persistent.✅✅✅

In other words, you might have to get very creative in your pursuit of your goals👈👈👈

I belong to this FaceBook group, and one of the guys who runs the group said this recently about success.😁😁😁

He said, to be successful ‘is like fighting decay’.🤢🤢🤢

So, in essence, you are ‘fighting through’ to succeed💪💪💪

Oh no, it is NOT going to be easy.

And only YOU can decide if it’s worth it👈👈👈

I know so many people who gave up on their businesses and threw in the “proverbial” towel.

The thing is, you have to stay consistent and show up everyday.👈👈👈

Not, on the days it’s convenient, or you feel like it.

And, be consistent, doing whatever it is you do in YOUR business✔✔✔

Ask any person who has become super-successful in their life, and see if it got turned upside down along the way, and the answer will most-likely be yes!

A couple of years ago I got to hear Kathleen King, she is the woman who started Tates Cookies, give a speech about her grit, determination, and ultimately, her success.

Everyone around her thought she’d give up.🤷‍♀️🤷‍♀️🤷‍♀️

That never would have happened had she given up. #lessonlearned

Did you know Dwayne Johnson tried stand-up comedy at one point in his career?

Probably not because he wasn’t very successful at it.☹☹☹

See, that’s the thing about success, you try different things until you find ‘your’ magic.🤩🤩🤩

So just hang in there and #keeptrying and keepgoing!

NineFrogs ~ People will stare. Make it worth their while. 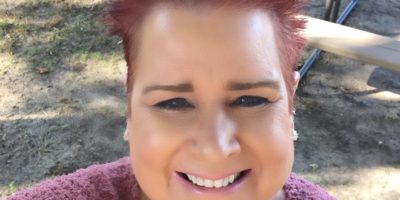 This site uses Akismet to reduce spam. Learn how your comment data is processed.

Roses are red, violets are blue, sugar is sweet an

“Wherever life plants you, bloom with grace!”

Life is a party, dress for it with @chicmeofficial

“Beauty begins the moment you decide to be yours

Happy Friday! Lots of new blogs up on the website!

I really love my new lingerie that I just received

“When life gives you Monday, dip it in glitter a

Remember, your body hears everything you say, so be kind to yourself! / #thinkpositive 🦋🦋🦋

Have you heard of Leonie Dawson? I just took this course and I have to say it was enlightening and can't recommend it enough!
leoniedawson.mykajabi.com/a/17743/8k6yq3gx ...

That’s it! The secret to happiness! It’s in all of us, NOT some of us. And stop waiting for everything to be perfect to be happy, because THAT is never going to happen. #behappynow #lifestyleblogger #yourlifemaynotbeperfectbutyoucanstillbehappy 🐥🥰🐥🥰🐥🥰🐥🥰